The following is a short speech that I was invited to give yesterday at Grover Norquist's Americans for Tax Reform coalition meeting at FreedomFest in Las Vegas. I only had three minutes on stage, and a lot of this had to be cut on the fly for time, so I wanted to share what I intended to present in its more complete form here: 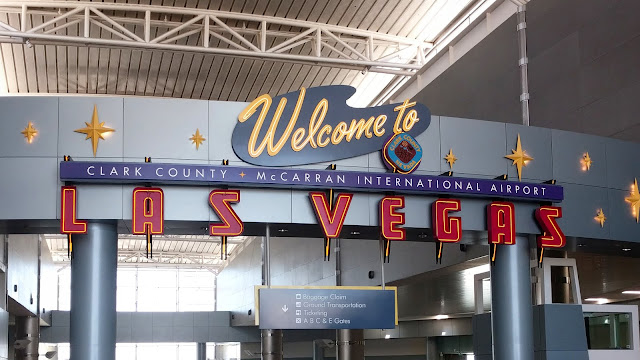 For those who don't know me, my name is Sean Malone.

I have a Bachelors degree in music composition from the University of Nebraska, and a Master of Arts in composition for film & media from New York University, and I worked as a professional in the entertainment industry in New York and Los Angeles for five years, before shifting my career goals to advancing libertarian ideas.

In 2010, I worked full time as a hired gun, producing media for non-profit advocacy groups.

I've won several awards for documentary film-making and have had my work screened all over the United States. My work has generated millions of views, and in a couple weeks, I will be moving to Atlanta, Georgia to take on a new role as Director of Media for the Foundation for Economic Education.

But today, I'm only here to speak for myself.

After more than 6 years working to create compelling media geared toward advancing a more free society, one thing I've been truly surprised by while working within this network is how frequently economists and political analysts are actually the ones writing scripts and leading the development of creative content instead of people with training and experience in the creative arts and communication.

Far too often, decision-makers throughout the liberty movement - many of the people in this room - use creative media not to reach new audiences, but to preach to the choir.

I believe that as a direct result, the organizations dedicated to promoting a more libertarian future wind up producing a lot of videos, podcasts, memes, and other types of content that appeal mainly to ourselves - and worse, often only to the most wonky, academically sophisticated among us. Meanwhile, we struggle to reach the mainstream audiences that we need to reach if we hope for our ideas to shape culture and politics in this country and around the world.

We have to do better, and I think we can.

In the spirit of offering solutions, I have 5 suggestions to improve creative media in the liberty movement that I've learned from doing the work:

Recognize that the folks in this room don't always have the same interests and preferences as everyone else in America.

You are usually not your audience - and that's good.

But it means we can't keep making stuff that appeals only to our own preferences as people who have often read dozens (hundreds?) of books on philosophy, economics, and political theory and expect it to be liked by everyone else.

Videos should rarely be expected to explain everything in detail or go into the pedantic trivia of names and vocabulary libertarians are often excited by.

These aren't phrases most people know... And they don't need to know them in order to understand and value individual liberty.

Videos aren't academic white papers. Nor should they be.

What they should be doing is connecting people to your ideas on an emotional level. Get people to care first. Once they do, they will want to learn more.

If your organization is publicly facing, please consider trying to hire people with a legitimate background in creative fields - film, music, art, advertising, etc. - and then trust them to do their jobs.

As people with a good understanding of economics, I'm sure most of you understand the ideas of decentralized knowledge and comparative advantage. Don't underestimate the value of other people's expertise. Economists, professors, philosophers, policy analysts, lawyers -- they're all crucial to the work we do in this movement. But they don't understand audiences or conveying emotion through art the way people who have spent their lives doing this kind of work do.

And by the way, always ask to see applicants' portfolios of previous work, and make sure you know exactly what they contributed to those projects. That's far more important than any on-paper resume.

If you don't know what to look for, bring in a consultant like me, or my friends at Taliesin Nexus, the Moving Picture Institute, or from production companies in your area.

In order to attract and keep creative talent, one of the best things you can do is try to cultivate an environment that rewards creativity.

This means being willing to play, to experiment, to set aside time and space to brainstorm ideas, and allow those ideas to play out before shutting them down.

Be prepared to embrace some risks.

There are no guarantees that anything will be a huge hit, but one sure-fire way to fail is to play it safe.

Usually, the worst thing that will ever happen to a bad bit of creative content is that people won't watch it or share it. It won't burn the building down.

So live a little and don't be afraid to do something interesting.

Be yourselves, and allow your content to have its own voice.

Authenticity is the currency of online media especially, and viewers can spot something overly message-tested a mile away.

I can't stress this enough.

We spend far too much time telling people they're wrong, and talking only about problems we see with the world. And while it's true that you can get people's attention with shocking negativity, you can't keep it unless you offer them a way forward.

As soon-to-be Director of Media at the Foundation for Economic Education, I plan to employ every one of these lessons in the work we'll be doing over the next few years. I hope that you will all join me in improving the culture of creative media within the liberty movement.

Thank you.
Posted by Sean W. Malone at Thursday, July 14, 2016 No comments: Links to this post